Stephen and I get to experience some pretty cool things living on the West Coast.  With our vast varying scenery – mountains, sea, rivers, lakes, native bush and oodles of history.  Our latest experience though would have to rate up there as one of the most fantastic we’ve done yet – and it is going to be hard to beat n the future. We recently had the opportunity of meeting a real live Kiwi.  Yes folks Kiwi meets Kiwi. We met Jo, the Trust’s dedicated Kiwi Ranger at the crèche together with another couple  – Alvin and Bev both originally from the West Coast, Reefton and Hokitika respectively but now living in Australia.  Jo explained the intricacies of running the crèche and keeping it predator proof.  We got the chance to learn more about this fascinating bird, its feathers (super soft) and egg-shell (super thin and fragile).  Jo goes into the backcountry of the Paparoas finding the adult bird (thanks to a transmitter fitted to their leg), monitors them and when an egg is laid, after a safe period the egg is removed and taken to Willowbank Wildlife Reserve in Christchurch where it is kept in incubation until hatching and once at a safe age/size brought back over to the West Coast to the creche where it will stay until around 1-year-old, a healthy age and weight to be released back into the wild where it can generally look after itself.

Kiwi birds are at their most vulnerable from egg through to one year old or 1kg in weight.  Then they are for the most part strong enough to fight off most predators. After our quick lesson we head off to some scrub land where Jo is pretty sure the current residents of the crèche have their burrows.  We’re here to do the monthly health check on Poutini – the youngest of the three chicks currently at the creche. The scrub is thick with gorse and cutty grass and very swampy.  The chicks have a transmitter on the leg so Jo is listening intently for signs of the Kiwi.  We can hear the transmitter beeping away so know he isn’t far. Jo is well experienced and fairly sure she knows Poutini is in a particular set of scrub grass – down she goes into the scrub, belly on the ground foraging to find the burrow.  There are some great moves going on – you definitely don’t want to be shy of getting down and dirty.  Two attempts with no luck but the transmitter is telling us he is definitely in here somewhere.  We can even hear him ourselves. Down goes Jo for another attempt and this time success.  You can’t help but beam when she comes up with this little guy in her arms. 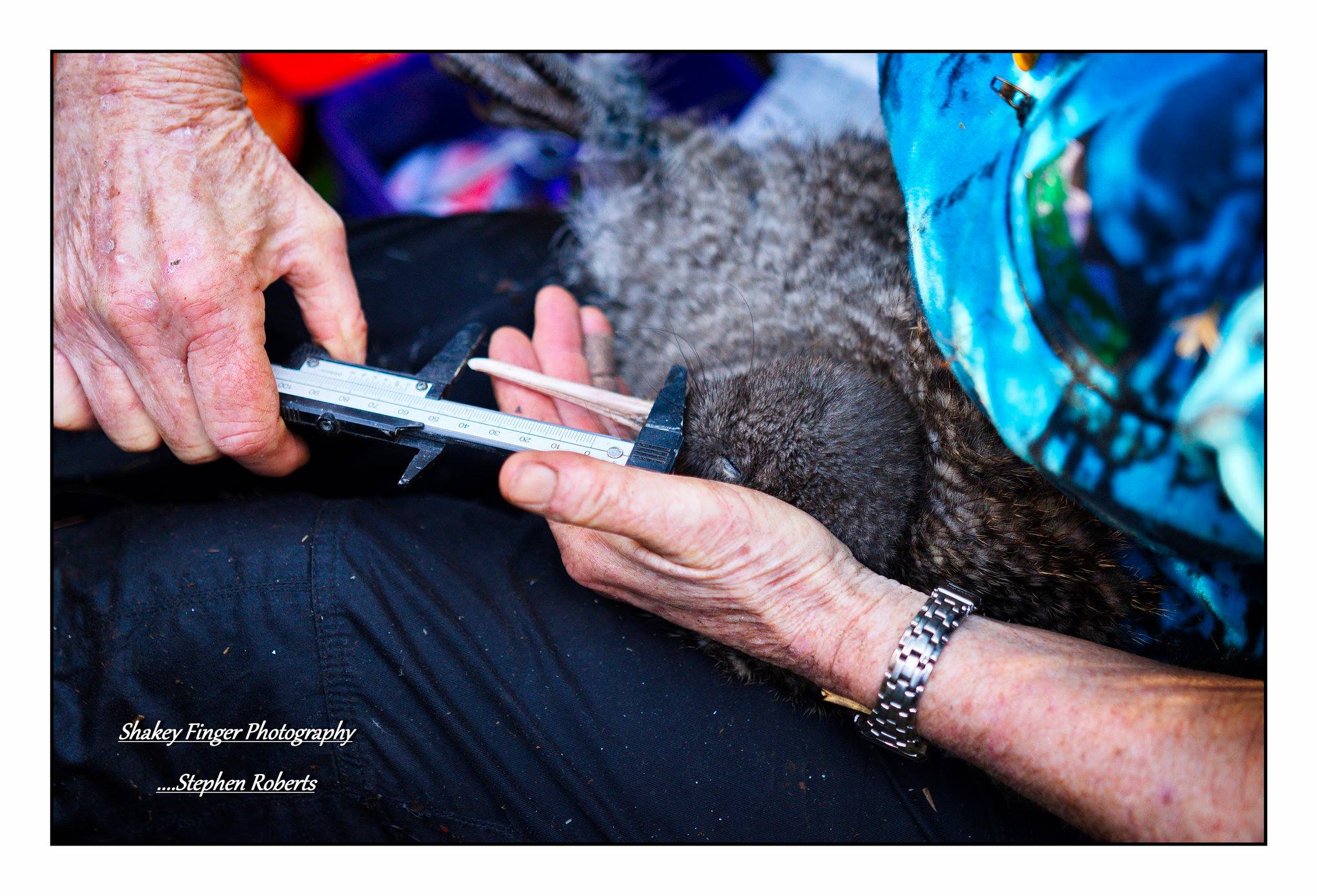 I’m lucky enough to be Jo’s assistant with this health check – that means I too get up close and personal.  Close enough to touch but of course I don’t – I just stare in wonderment.  Jo takes Poutini’s weight and measures his beak length.  This all helps with the data they collect on the health of the bird ensuring it is eating right etc.

She also changes the leg the transmitter is attached to – this is done with each monthly health check, that way as the Kiwi grows the transmitter doesn’t cause any damage to the leg. We take photos of the legs as there is a new study being done regarding their legs and scales on the legs.  Up close the legs look very prehistoric.  It will be a fascinating study to read once finished.

Little Poutini is doing really well – putting on good weight and there is no damage to his beak. All too soon it is time for him to go back into his burrow and be left to do what Kiwis do best during the day – go back to sleep in peace.

That was some experience – an experience of a lifetime and one not many New Zealanders get to experience for themselves so Stephen and I feel very privileged to have had such an opportunity. Huge thanks to Jo for allowing us to come along for today’s health check. The Paparoa Wildlife Trust is a community conservation initiative dedicated to running effective conservation projects in the Paparoa Ranges near Greymouth. Their goal is to halt the decline of highly threatened native species.  Their main focus since incorporation in 2006 has been on management, research and advocacy for great spotted kiwi (roroa) in the south Paparoa Ranges – our backyard!

To support the efforts of the Paparoa Wildlife Trust we sponsor three stoat traps.  As it is a predominately volunteer run organisation they really do appreciate all the financial help they can get.  Most recently they entered the Trust Power National Community Awards for the Grey District and were awarded the Supreme Award.  This means they now go on to the National event come October and we certainly wish them all the best.

If you would like to help, they gratefully accept donations or you too can sponsor a stoat trap.  By doing so you will receive an annual update on what predators your trap is catching.  Check out their website to see how you can help.

Jan and Stephen run Breakers Boutique Accommodation on the Great Coast Road north of Greymouth.  They enjoy getting out and about and exploring the West Coast and love living in this little slice of paradise they get to call home. 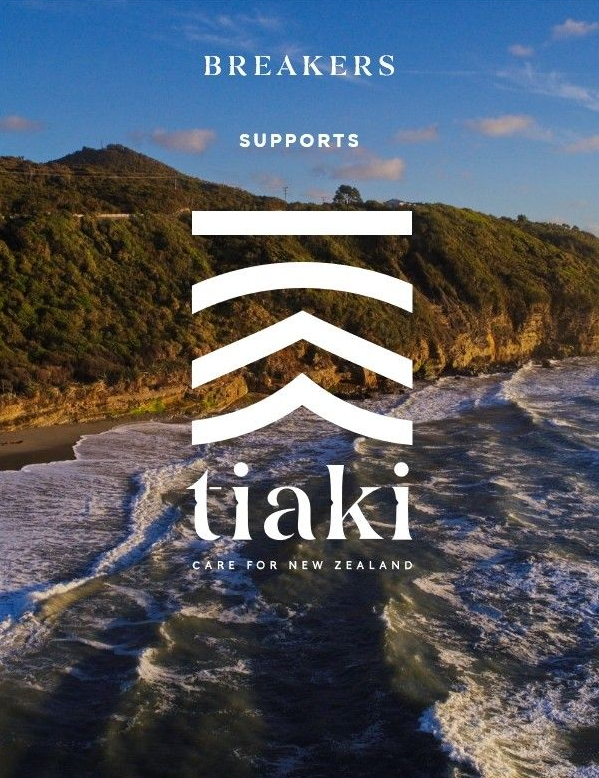